Back to Blog Posts
Prev Next

“There’s a freedom you begin to feel closer when you get to Austin, Texas." - Willie Nelson

The Austin housing market is on fire. In fact, it’s the craziest right now in the country. According to the Austin Board of Realtors, the median home price in June soared by a gigantic 42 in the past year, taking it up to $575,000. Data fetched from the ABoR website report indicated the number of homes sold in June 2021 to stand at 1,374 – a 16.9% YOY surge – setting a record for any June on record.

ABoR President Susan Horton quote, "In June, and in the first six months of 2021, we observed a confirmation that Austin's housing market is one of the strongest in the country. Our market has established its new normal, as median prices climb while inventory stays low. With such an unprecedented growth our region continues to experience, we can expect these trends to continue.”

The number of new listings soared by 15%, whereas the active listings were sliced by 46%. While some people in Austin are already cashing in on this incredible opportunity, it's no secret that demand outweighs the supply. Homes in Austin, Texas, are being picked off the real estate market like peanuts.

There’s no single reason behind this massive price surge and high demand. People from across the country have expressed their desire to shift to Austin, all thanks to the city's growing job market, low cost of living, diverse neighborhoods, beautiful weather, health and fitness culture, live music, hospitality, and so much more.

We’ve put together a list of five big reasons people are making their way to Austin, Texas. And there’s nothing more we’d love than presenting them right in front of you.

So, let’s dive into them straight away.

Following are the five reasons we’re about to discuss:

Let’s touch down on each of these points one at a time.

Elon Musk has claimed the city of Austin holds the potential to become the "biggest boomtown" in the United States. At the same time, the Wall Street Journal declared the city to boom as one of the nation's hottest job markets.

One of the big reasons people are making their way to Austin is the city’s high employment rate. Austin holds the potential to become tech’s hottest new hub, with it being home to hundreds or thousands of tech startups plus multi-national tech organizations.

That’s the reason it has earned the nickname “Silicon Hills.”

And tech isn't the only industry that has contributed to the growing job market. Individuals from all across the nation are moving to Austin due to the city's ability to deliver high-paying jobs across different industries, including Entertainment, Government, Healthcare, Business, and more.

The unemployment rate peaked due to the Covid-19 pandemic. However, the city successfully managed to recover drastically.

The Covid-19 pandemic has successfully fueled a crisis in the residential real estate market. While the pandemic has caused chaos and disaster, the push for space plus a desire to have their own homes has contributed towards a shockingly quick recovery.

With companies like Twitter, Google, Microsoft unveiling their interests to allow their employees to work from their homes, the desire to have their own space has grown. The Covid-19 pandemic has shifted people's focus from a "rent-based" approach to a "should-have-my-own-space" one.

Add lower mortgage rates to the equation, and you'll know that there hasn't been a better time to purchase your own home in Austin than now.

Along with Austin being home to hundreds of tech companies, the city is subject to an incredible lifestyle, low cost of living, diverse neighborhoods, great food, and so much more. That's the reason people badly want to make it inside the city. This fierce demand has outweighed the supply, which is why the home prices have soared in the past year.

While Austin is home to high-paying jobs, one of the big reasons why people are moving to Austin is its lower cost of living. You can get a gigantic-sized paycheck without having to invest all of it in food and housing.

When compared with the rest of Texas, the cost of living is higher. But the median income is on the high-end of the scale as well. With the city’s potential to deliver high-paying jobs and its low-cost-of-living when compared with the top cities, an ever-increasing number of people are moving to Austin.

Along with low-cost-of-living and a growing job market, one big thing people look for before making their way to a new city is how safe and desirable it really is. And the reason more and more people are moving to Austin is that anyone and everyone can find a neighborhood that suits their preferences, needs, and budget.

From the city's beautiful countryside to the bustling downtown neighborhood, you can find an incredible neighborhood depending on your lifestyle. On top of this, various housing options and diverse populations contribute towards turning Austin into the best city to live in.

Millennials from all across the country have claimed Austin the best city for them to live in. On top of this, for elders, it's a great place to retire. Some of the well-known and most popular neighborhoods in Austin include:

Live Music Capital of the World

While the Covid-19 pandemic has completely disrupted the live music industry, that’s the one reason why Austin is incredibly famous and why people are moving to the city. Austin stands tall as the “Live Music Capital of the World.”

And it does live up to its name. With Covid-19 restrictions now being lifted off and all thanks to a brilliant vaccination campaign, the industry is slowly recovering.

And you’ll find the live music events in Austin to have that aura and create that fun and vibrant atmosphere that will make you fall in love with the city. From jazz to hip hop to rock, Austin is home to great music.

Austin Convention & Visitors Bureau has reported the city to have more than 250 music venues. These range from small bars along Sixth Street to the mesmerizing Frank Erwin Center.

Planning to make your way to the city? Now’s the best time to do so. Home prices in Austin have been predicted to skyrocket in the next few years, all thanks to the five big reasons we’ve mentioned above.

And if you’re looking forward to relocating to Austin, Texas, don’t forget to give us a call. We’d love nothing more than helping you out.

So, what are you waiting for? Contact us today. 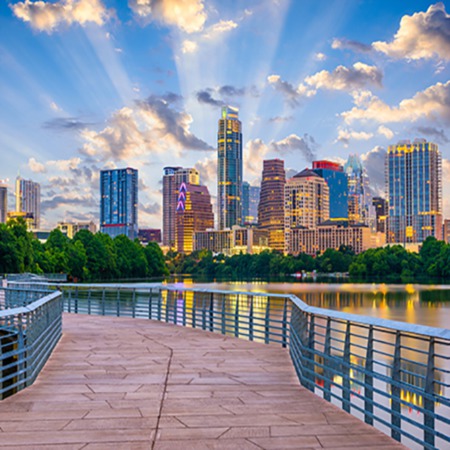 Is Austin Affordable? Everything You Need to Know Before Moving In Austin is commonly known as one of the best places to live in the United States, ...Read More 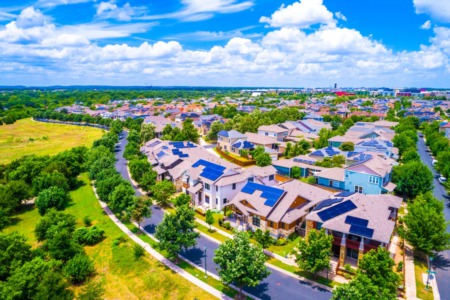